It is the eve of Eid (pronounced “eed”). In a few hours, the sun will go down for the proposed last night of Ramadan. At 4 AM, the minaret will call the faithful to the mosque for prayer and the celebrations will begin. By 5 AM, the streets should be filled with people! Last year, over 130,000 tourists came to this city for Eid. They expect more this year because of the stability in the region. Either way, it will be very interesting to see how the city changes once Ramadan ends. 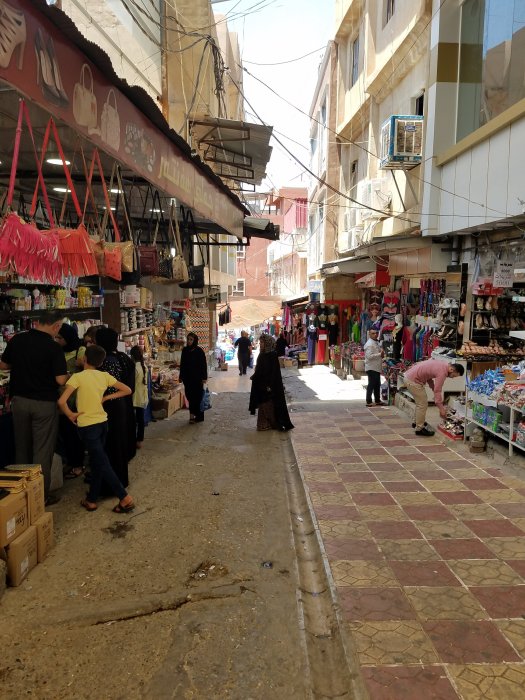 During the past few weeks, there have been very few people in the streets during the daytime. For those unfamiliar with it, during Ramadan, Muslims fast from sun-up to sundown. For the past month, they have basically flipped their lives in order to rest during the daytime and work (and eat) during the night. (We have been lulled to sleep beginning at 11 PM each night by a jackhammer starting to work nearby.)

In addition to their observance, we too must observe fasting rules (in public) also or face the consequences. There is NO eating or drinking allowed in public. My ubiquitous water bottle must be carefully stashed and unseen during daylight hours! I have followed instructions and not taken a chance on being arrested by testing the limits of the law here (or in Jordan)! 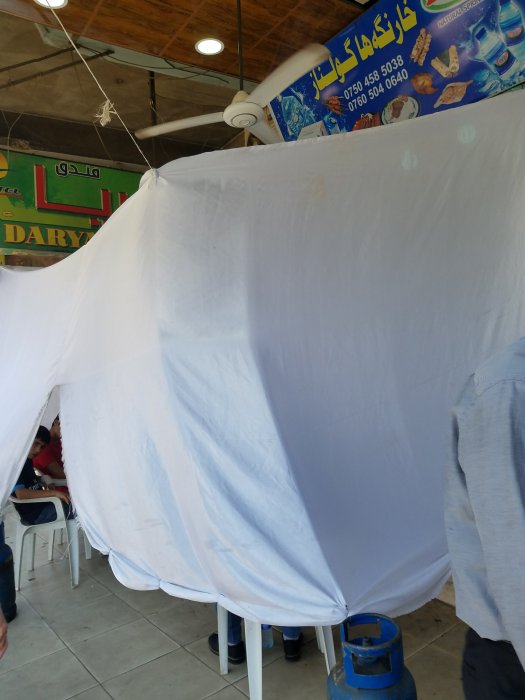 There are those, however, who DO test the limits. Most restaurants here do not open until after sundown. Yet, there are a few, like the one in the photo above, who are open but have sheets hung outside so that food and drink cannot be seen. We have been to a few of these places to get food to take home wth us in the afternoons for our late day lunch. But we NEVER, NEVER, NEVER eat in pubic.

After tomorrow, that will all change. The restrictions will be lifted. The streets will be filled. The market places will be open, including the food vendors! I have never lived in a place in which my religion was the minority group. That fact is one of the reasons I chose to travel to such places this summer. It has been enlightening for a variety of reasons that I will not explain until later, after more consideration. Tomorrow and Monday, most everything here will be closed for the holiday. After that, I will see what daily life is like here the other eleven months of the year!

One thing is for sure, there will soon be a LOT of tea in our future! Once the restrictions are lifted, the daytime beverage of choice will be on constant brew and served to us at each stop we make by the buckets full! As for tonight, I’m anxious to see if the celebrations wake me rather than the jackhammer!