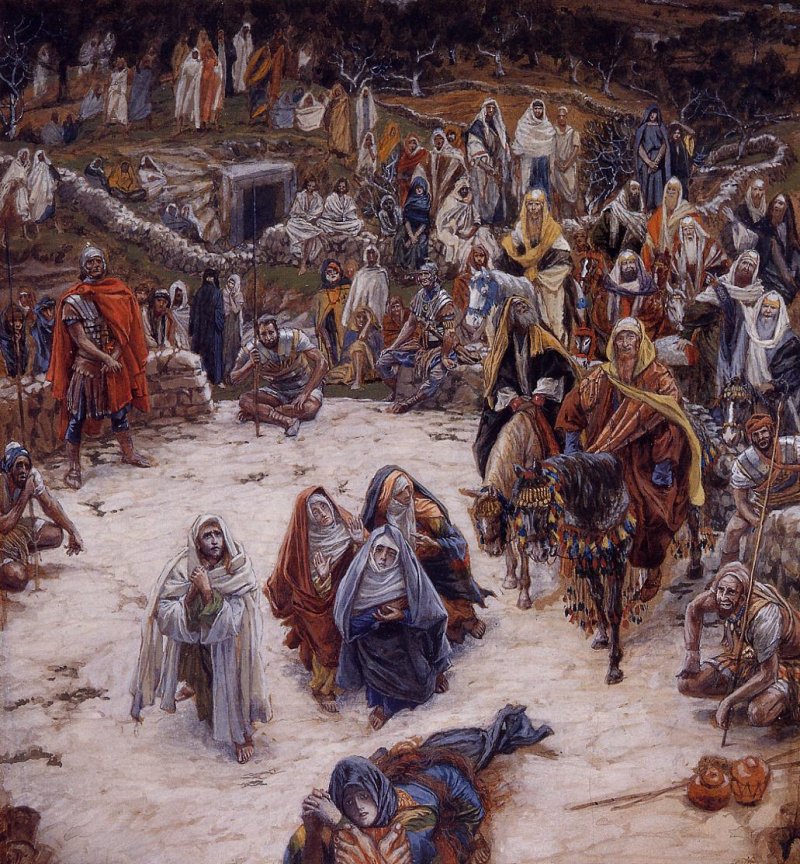 I remember one Good Friday vividly. About noon, the skies got dark and it began to rain. It just poured. Thunder. Lightening. And the blackest skies I’d ever seen. Then, just as quickly as it had started, it stopped. The sun came out immediately and, looking to the east, there was a rainbow. I looked at the clock. It was 3:00 and I said to my Mom, “Wow. Just like the day Jesus died.”

I was young. I don’t remember how old but I often think of that Good Friday storm.

Now, fast forward to my first Good Friday at Grace eight years ago. That day, I remember witnessing veneration of the cross for the first time. (Which we’ll do shortly.) I remember not quite understanding what we were supposed to do. But, I watched as people went up and knelt before the cross. Some kissed it or Jesus while others reached out to gently place their fingers on the cross or Jesus feet. Some walked away in tears.

When it was my turn, I went. But, found I had no tears. I left thinking I’d done something wrong. Maybe I didn’t get it. Maybe I didn’t understand the way other people did. I even began to wonder if Jesus meant as much to me as he did to those with tears.

I realize now that I really didn’t understand because the reality is that we each experience the love of Jesus in our lives in different ways.

We are each here today because we have encountered Jesus. At some point in our lives, he entered in. In some cases, life changed in big ways. For others, there seemed no significant change. Maybe he was a part of life from as far back as memory serves. But, in any case, life is very different with him in it than it is for those who don’t know him.

In the Church, we use words like “incarnation” and it can make Jesus feel very separate from us. Incarnation: meaning God became man and dwelt among us. Not separate from us, but with us. We talk about Incarnation a lot during Advent and Christmas, at the beginning of his life, incarnation is a regular part of our worship. Less so at this point, it seems. However, to be incarnate is to realize both life and death. That’s what brings us here today. His death. Death is something we will all face. Our Lord faced it, too, dying for our transgressions.

Through the ages, countless artists have attempted to representatively capture what happened that day. Men and women the world over, after reading the scriptures, found themselves entering the story and sharing their experience and vision with us in art and music. Many of us can close our eyes and see Jesus that day thanks to them. Thanks to their encounters with Jesus. Encounters they chose to share with us.

Most famously is Dutch artist Rembrandt van Rijn’s whose art was scripturally inspired. Nearly a third of his paintings. Of those, nearly half depicted the life of Christ and his parables. There are a half dozen Good Friday paintings. However, his etching entitled “The Three Crosses” captured my attention. Mostly, it’s Rembrandt’s depiction of the bystanders that intrigued me.

In the etching are, of course, the three crosses with Jesus and the two thieves. But also the women. The soldiers. The Pharisees & Scribes. There’s even a dog. Looking at it, the characters look familiar to me. Some are mourning, some doing their job, some making sure the job gets done, and even that dog who seems unaware of the Crucifixion, but may simply be looking for a scrap of food.

This past Sunday, Father Karl’s sermon asked us each to consider the Gospel and place ourselves in the crowd. I will echo that thought today. In your bulletin is a copy of a painting by James Tissolt titled “What our Lord Saw from the Cross.” In it, we see the event from Jesus’ point of view. In it, we see people whose lives Jesus touched as well as those bystanders who encountered Jesus for the first time that day.

From scripture, we know that in his final moments, in the midst of his death for our sins, Jesus still focused on others. Assuring the thief of his place in the kingdom. Making sure his mother would be cared for. That’s what makes this painting so appropriate for today. We get a glimpse of who Jesus saw. And, I ask, “Where do we see ourselves as he looks down from the cross?”

Is it with Mary, his mother, as her son is dying? With Mary, his aunt, who sees the man and remembers the boy? Or maybe with Mary Magdalene, a woman healed, whose life changed so completely that there was no other place she would be that day. A woman who because of Jesus care for her made sure that his body was properly cared for. Do we see ourselves in Nicodemus? Nicodemus, a man who came to Jesus at night just so others wouldn’t see him, just so he could learn from Jesus. Nicodemus, a man who at the Crucifixion would hardly could go unnoticed with 100 pounds of herbs to wrap the body with!

What about the unnamed people of the Gospel? Was the Centurion whose son was healed there? Or the man blind from birth? Were the four young men who lowered their friend from the rooftop to be healed there? Did Malchus, the slave whose ear was cut off in the garden show up that day? They each had an encounter with Jesus. They each have a story. We do too. And, like them, we are called to share our stories.

Where do you see yourself in the Gospel? Among the named? Among the unnamed? Among those who are still getting to know Jesus? When I look at Tissolt’s painting, I see myself sitting on the rocks…watching…observing…trying to understand. That is who the young girl who noticed the storm that began at noon and ended at 3 is. The woman who noticed people in tears at the veneration of the cross and stayed to hear the stories of those whose lives had been changed and now shares those stories with you.

We each share in the divine life. Yes, today we remember his crucifixion and death. However, unlike those that day, we already know what comes next. But, there is an entire world around us that doesn’t know the hope of the resurrection. Their world is very much as it was when Jesus was placed in the tomb…without hope.

As we continue moving through this Triduum (the three days) let us share what it means to us with the world.  Where have we encountered Jesus? Where do we still encounter Jesus? Who does he see when he looks down from the cross? As Jesus’ hands and feet in the world. Who do we see when we look around at a world that is hungry for the hope we have in Christ?